DISCLAIMER: All information is provided only for informational purposes and should not be considered as an investment advice

The Hedera hashgraph platform provides a new form of distributed consensus; a way for people who don’t know or trust each other to securely collaborate and transact online without the need for a trusted intermediary.

The Hedera Hashgraph project is a decentralized platform for fast and secure transactions between network members without intermediaries. This platform high-performance has a huge scaling potential and thus is able to replace the blockchain technology. Finance is the main field of application of Hedera technology but there still remains potential for using it in other fields: public administration, logistics, insurance, real estate etc.

The main idea of Hashgraph project

The goal of the Hedera Hashgraph project is to overcome the existing shortcomings of blockchain technology and to bring decentralized consensus-reaching systems up to a new level of efficiency and productivity. In addition, the whitepaper of the project declares the importance of flexibility and security of the system.

This goal is about to be reached by using the new registry-distributing technology that gave our project its name – hashgraph. It is fundamentally different from blockchain technology that is shown below. 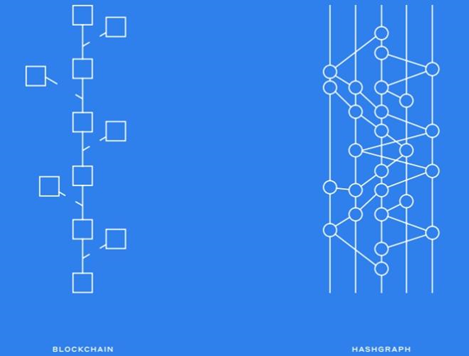 The main key is: blockchain technology is based on the nodes’ competition to create every subsequent block, using the processing (primarily huge) power for this purpose, while Hashgraph stores and uses all the generated data. That’s why the blockchain platform represents a single “tree trunk” with all its new “branches”. This leads to an excessive expenditure of computing sources (only one block out of thousands remains “unburnt”). Hashgraph technology creates a “branching tree” and each “branch” (event) is stored and then participates in the functioning of the entire system, and is in fact woven into a “trunk”.

Nodes in the Hashgraph interact non-linearly

Project developers identify 5 obstacles for the evolution of decentralized technologies:

The Hedera Hashgraph project will surely overcome all the obstacles mentioned above due to its technological and organizational advantages: 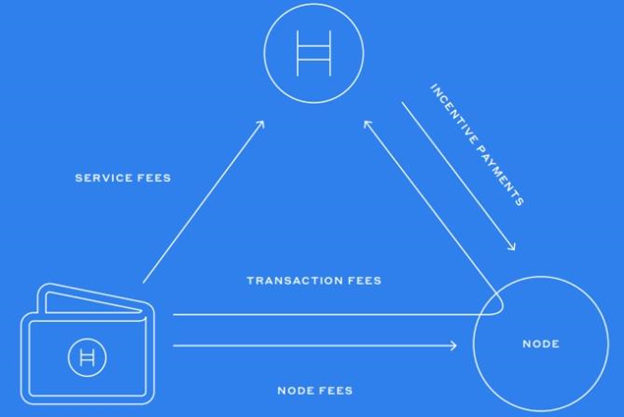 Hedera has set very ambitious goals and objectives but we’ve gathered a great team to implement them all.

Project’s stars Lemon Baird and Mans Harmon are World-leading developers. Lemon Baird is a Computer Science Ph.D and he headed the Hashgraph algorithm development. He’s got a 20 years’ experience of computer technology programming and start-ups implementation. Mans Harmon is an MSc in Computer Science, has worked over 20 years in several international technology companies. These outstanding programmers have successfully completed two major IT projects: Symbol Technologies and JST Partners. In addition to them, Hedera Hashgraph also employs 6 talented developers and IT specialists, as well as 7 consultants.

Hashgraph is a very promising project due to a number of advantages:

Yet Hedera Hashgraph has several drawbacks: lack of a clear roadmap and precise implementation timetable. However, this problem is easy-solvable because the team can publish this information at any time. Developers’ conference will be held on October 15-17, 2018 in Dallas and it will surely give new information about the project.

There is no possibility to buy Hashgraph because ICO is launched and not even announced. Thereafter Hashgraph price is also not established yet. It is known that 20% of Hedera tokens have already been sold at the pre-sale stage and $18 million were gained.

Potential investors should carefully observe news on the Hashgraph road map and other details of the project. Once published and evaluated options for investing in ICO Grph can be considered.

In general, both the community and experts agreed that Hashgraph’s cryptocurrency and the whole project is not just “another one” Altcoin, but a fundamentally new evolutionary (moreover revolutionary) step in the distributed registry development.

Importantly! Investors should closely explore Hedera Hashgraph project because of its huge potential and well-founded prospects.

Raze Network is a Substrate-based, cross-chain privacy protocol for t...

DAEX is an open and decentralized clearing and settlement ecosystem f...

Anyswap is a fully decentralized cross chain swap protocol, based on ...